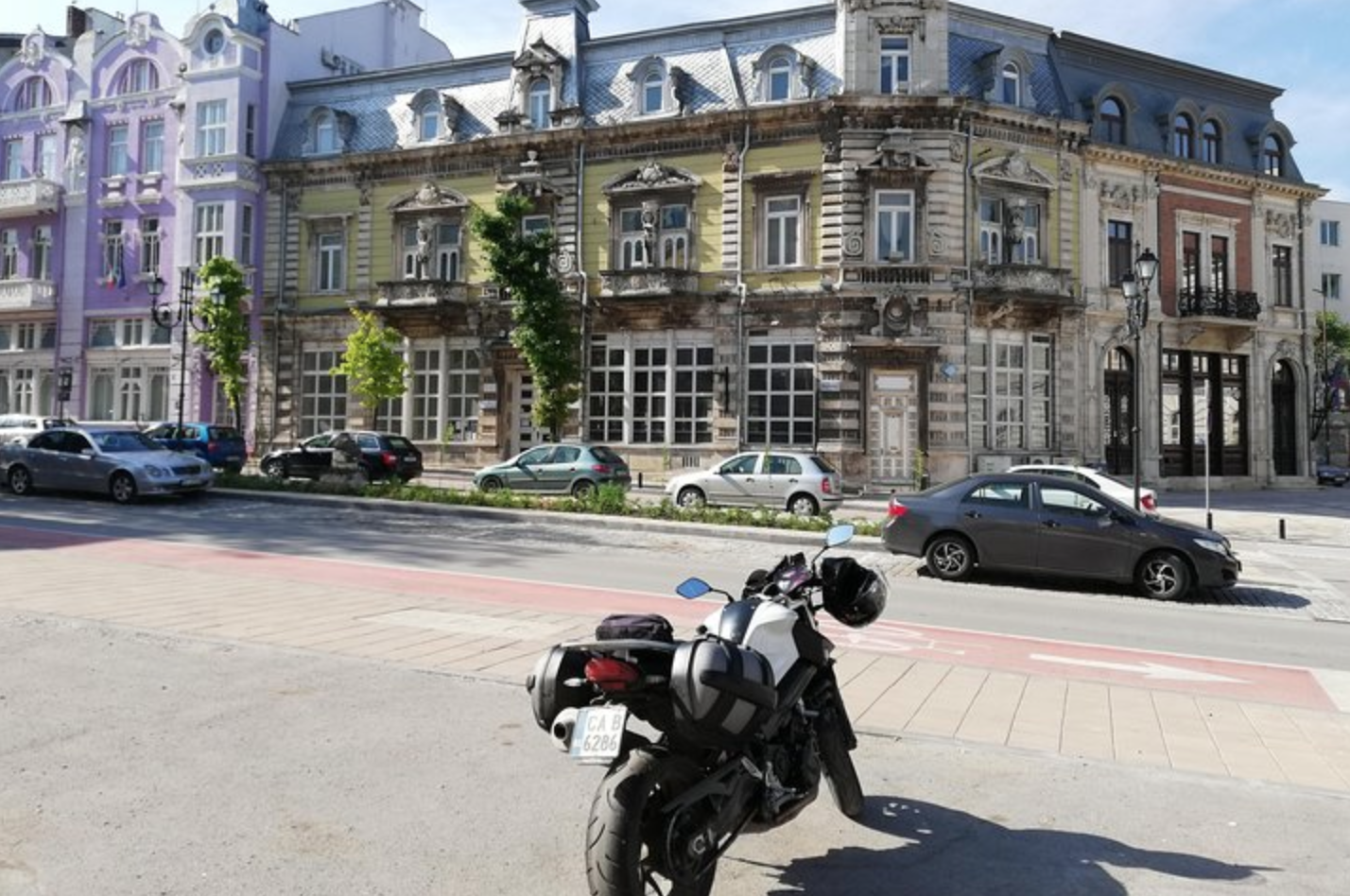 Explore most of the famous Bulgarian sites and ride through different parts of the country!

During this unforgettable week, you will visit most of the UNESCO sites and the most important historical places, and you will get to know our ancient people and lands by our highly educated and experienced Biker Guides. 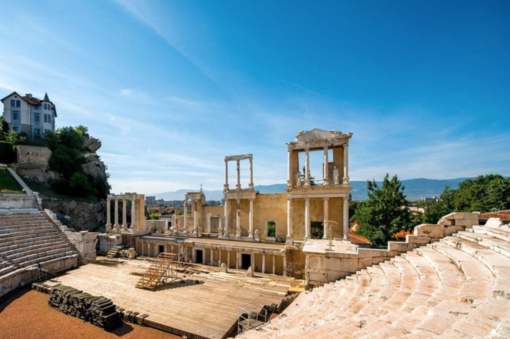 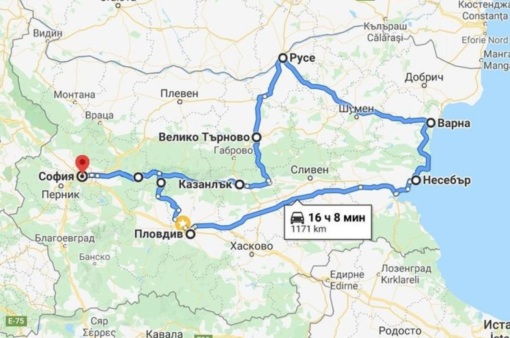 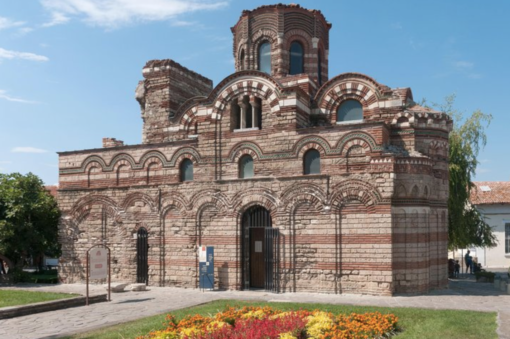 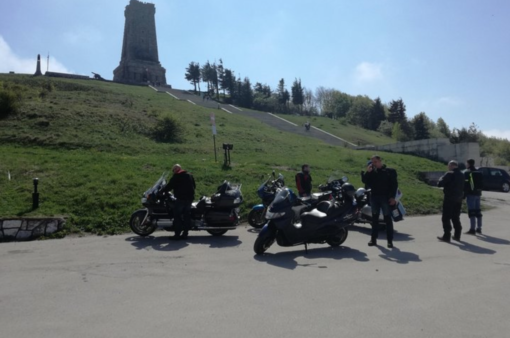 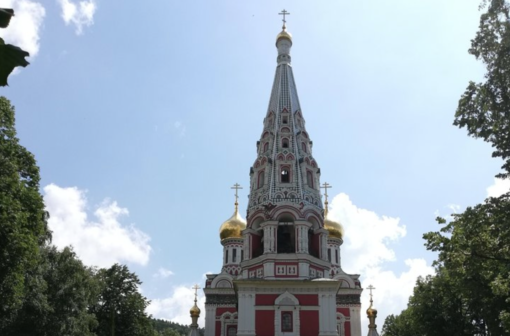 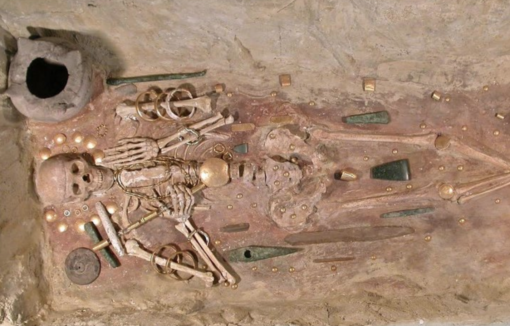 In the morning, we will start the adventure from your hotel/accommodation in Sofia. We will meet there and the fun stats. We will ride on a beautiful curvy road, next to the Central Balkan Mountain. On the way, we will enjoy the nature and the Revival period villages. We will pass also through the famous Rose Valley. You will see where the rose fields are and if the season allows you will see them full of smelly flours. We will visit our first UNESCO site-Kazanlak Thracian tomb. One of the great examples of ancient art. Its paintings are preserved from the IV century BC, representing the fashions of the Hellenistic era.

Our next stop will be at the Memorial Russian Church, built in the name of the casualties from the Russian-Ottoman war of 1877-1879. It is an architectural masterpiece. Our next objective is also related to that period. it is the highest point of the Central Balkan mountain in the area, where you will enjoy the amazing view and also visit the Shipka monument, dedicated to major heroic battles from the same war.

Our final destination for the day will be Veliko Tarnovo, the medieval capital of Bulgaria. You will have a guided visit to the remains of the glorious medieval city. Also, we will visit on spooky museum-the Ottoman prison and dungeons. The evening we will spend in a centrally located hotel. Riding time for the day approximately 4 hours / ~220 km.

Day 2: Waterfalls, Roman city, Medieval cliff monastery and the pearl of the Danube-Ruse

After breakfast, we will pack up and start riding. On the way, we will stop at Hotnica waterfall, a beautiful natural site. The road to it is very attractive for motorbikes.

Another guided visit is scheduled in the best-preserved Roman town on the territory of Bulgaria. It was destroyed by the Huns in the V century and it was never rebuilt. This gives us today the chance to explore and imagine how this Roman city looked like when it was alive. Then, the way will lead you to Lom natural reserve. You will ride through it and enjoy the amazing scenery.

Then, the way will lead you to Lom natural reserve. You will ride through it and enjoy the amazing scenery. Before you get to the final destination for the day, you can visit another UNESCO site – Ivanovo cliff monastery dated in the XIV century. The plan for the evening is to reach and overnight in the “Small Vienna of East Europe” – Ruse. You can enjoy a nice walk in the most beautiful city centers in Bulgaria and on the alleys next to the Danube River. Riding time for the day approximately 3 hours / ~150 km

Day 3: In the world of the ancient Thracians and the pre-Christian Bulgarians

This will be a very interesting day that will lead you in the worlds of very different ancient peoples. Our first stop will be the royal tomb of the Thracian people of the Getae, dated in the IV century BC. This site is part of the UNESCO World Heritage List and it is one of the best examples of the heritage from this ancient culture. The riding to it is trough a very beautiful and scenic road.

After this stop, we will continue and visit another unique site, part of the UNESCO World Heritage list – Madara horsemen, related complex to the Bulgarian pre-Christian religion and society. You will learn about the different ideas what was the Bulgarian pre-Christian religion. Unfortunately, we have lost a lot of knowledge during the time of the Ottomans.

Then, we will continue our ride to Varna, the Bulgarian capital of the Black sea. It is an incredibly beautiful and interesting city. The afternoon we will spend in the center and the so-called Sea garden. We will overnight in Varna. Riding time for the day approximately 5 hours / ~300 km.

After breakfast, we will first visit (if you want, of course) the archaeological museum of the city. It is a must-see because it is holding the oldest gold treasure in the world. It will tell you the story of a very developed civilization from the Copper-Stone Age, becoming famous with the name „The Danube civilization“.

After the museum, we will start riding south. We will ride next to the coast and in some moments, we will cross again the central Balkan mountain. Our final destination for the day will be Nessebar-another UNESCO site. It is a small semi-island, preserved from modern structures, it is like a time machine that can lead you from the moment it was colonized by the Greeks in the 7th century BC, trough the mighty Bulgarian state of the 13-14th century and reaching the Revival period of the 19th century. We will overnight in this magical place. Riding time for the day approximately 2 hours / 150 km.

We will ride toward Plovdiv, the second city of Bulgaria and the oldest in Europe. The riding this day will be a bit boring because it will be mostly on a highway, but you can relax and enjoy the speed. You will visit in the afternoon the main highlights of it – The Roman theater, the Roman stadium, the Bulgarian revival period wealthy houses, the oldest mosque on the Balkans and many more. The city has a great are, called “The trap” holding wonderful craft bars and restaurants. This neighborhood is the beating heart of the city. The overnight is scheduled to be in the Cultural Capital of Europe for 2019. We will overnight in the historical part of the city. Riding time for the day approximately 3.5 hours / ~280km.

Day 6: Returning back to Sofia

We will ride to Sofia. We will avoid the highways and will ride on a very beautiful and scenic mountain road. We will stop at Koprivshtica, an architect reserve which will bring you back in the 19th century. You will learn here about the famous “April Uprising” against the Ottomans and the aftermath of these heroic actions.

Also, we will visit the Starosel Thracian tomb dated in the IV century BC. Another site left us my the Thracians. In the late afternoon, we will arrive in Sofia. Overnight will not be included. if you want our assistance it will be our pleasure. Riding time for the day approximately 5 hours / ~240km.

Check out our day tours for a full day adventure full of fun!

Unforgettable and impressive journey along Bulgaria’s off the beaten track places.